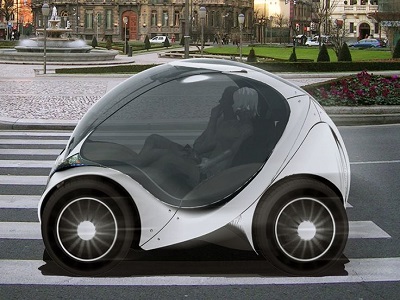 The automotive industry is changing rapidly, substantially more rapidly than anytime over the most recent 20 years. There’s a shift towards green developments and expanded mileage driven by both regulations and consumer demand. Over the next 5 to 10 years, every car on sale will offer fully electric, plug-in or hybrid variant as the adoption rate of these vehicles and technology is increasing intensely.

Electric vehicles make up more than 1% of the fleet in seven countries, including China. Norway had the highest share of electric cars, at 23%, followed by the Netherlands, at 10%. The other countries are Sweden, Denmark, France, China and the United Kingdom. A decline in sales pulled the U.S. EV market share down to 0.7%.

Average Price of Battery is Declining: The average battery pack price is price go down from about $1,000/kWh to roughly $227/kWh since 2010

In a market research report by TechSci Research, “Global Small Electric Vehicle Market by Battery Type (Nickel-Metal-Hydride & Lithium Ion), By Vehicle Type (Passenger Car, Light Commercial Vehicle), By Technology (PHEV, BEV), By Region, Competition, Forecast & Opportunities, 2025”, the global small electric vehicle market is anticipated to show a robust growth from its previous standing at 2.2 million units in 2020 and is anticipated to grow at a double-digit CAGR to reach 3.2 million units by 2026. The market growth can be attributed to the factors like rising awareness and governmental impose on clean energy, and thereby implied stricter emission norms. Moreover, the longer life span of the electric vehicles over the diesel run counterparts are one of the major reasons why the market is anticipated to be positively influenced. On account of increasing air pollution levels and inclination of consumers towards cleaner automobiles, global small electric vehicle market is projected to grow at a CAGR of 23.20%, in value terms, during 2016-2026. Growing affordability and rising need for automobiles are some of the prominent factors expected to drive the global small electric vehicle market during forecast period.

In another market research report by TechSci Research, “India Electric Vehicle Market By Vehicle (Passenger Cars, Commercial Vehicles, Two- and Three-wheelers), By Vehicle Class (Mid-priced & Luxury), By Propulsion (BEV, PHEV & FCEV), By EV Sales (OEMs/Models), By End User (Shared mobility providers, Government organizations, Personal Users, Others), By Company, By Region, Forecast & Opportunities, FY2027”, the India electric vehicle market is anticipated to show a robust growth in the upcoming five years of forecast on the account of continuous technological advancements such that current infrastructure related to the market is improving along with the new inventions in the automotive industry. Moreover, growing greenhouse gas (GHG) emissions leading to increasing air pollution levels have portrayed the petroleum-based transport as a major concern at a global scale, as a fair number of fuels used in vehicles include gasoline and diesel. Owing to the harmful effects of GHG, policymakers are pondering upon an alternative low-emission vehicle the factor is also effective in the Indian market.

Iconic One Theme | Powered by Wordpress